They are orange industrial carts and green security carts scattered in the underground tunnels, as well as in South Plaza and in front of the Fortune City Hotel. The industrial carts can kill up to 200 zombies and the security carts can kill up to 150 zombies before exploding, unless the player crashes, in which case the possible kill count is lowered.

The orange carts can hold one passenger along with the driver, while the security carts with lights on top have two more seats in the back, allowing a total of three passengers and the driver to use the cart.

Its durability can be increased with the Driving magazine.

The only differences between the three vehicles:[1] 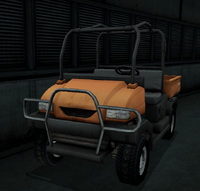 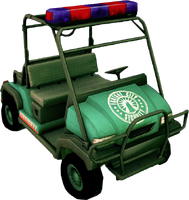 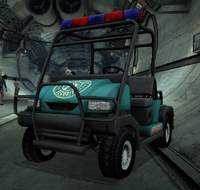 Security cart in underground, tunnel between warehouses A, B, and C 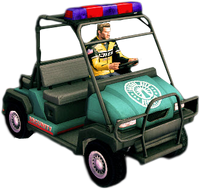 Underground, tunnel between warehouses A, B, and C