The Armed Woman (seemingly named Susanna) is an unnamed victim in Dead Rising.

She was seen making a last stand against a small crowd of zombies on the rooftop of the C.W. Factory, before finally succumbing to them.

In the Introduction, an armed woman was observed by Ed DeLuca and Frank West during the helicopter ride over the main street of Willamette. She was seen surrounded by a small crowd of zombies on the rooftop of the C.W. Factory.

She held them off with a handgun as the zombies cornered her, but she soon ran out of ammunition and was forced to back up against the edge of the roof. She noticed the pair of men watching from the helicopter and waved her arms and pointing at them for help. After this, she was tackled by two zombies and fell to her death. 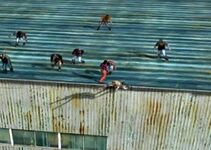 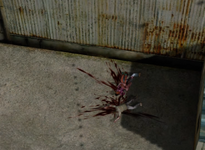 ...and fell to her death.
Add a photo to this gallery
Retrieved from "https://deadrising.fandom.com/wiki/Armed_Woman?oldid=399112"
Community content is available under CC-BY-SA unless otherwise noted.