"Somebody's barricaded a women's clothing shop in Al Fresca Plaza. From the looks of it, two people are hidin' inside."
—Otis Washington

Barricade Pair (A & B) is a scoop in Dead Rising.

It takes place in Weber's Garments in Al Fresca Plaza and involves rescuing a pair of survivors, Burt Thompson and Aaron Swoop, from a barricaded store.

Upon arriving at Al Fresca Plaza, Frank West finds several items piled at the entrance of Weber's Garments. After breaking down the flimsy barricade, he finds Burt Thompson wielding a baseball bat and Aaron Swoop cowering in a corner. Burt immediately starts to attack Frank. Frank will need to hit Burt five times to get him and Aaron to join Frank, with a weapon that is not too powerful.

When Burt says "Shit! Just leave me alone, you son of a bitch!" Frank can then talk to Burt, convincing him that Frank is bringing them to safety, and lead him back to the Security Room. Aaron will automatically join Frank when Burt does.

Give Burt some of the health in the back and make sure both Burt and Aaron have a weapon. Note that when Frank gives a survivor food, they drop the weapon and Frank needs to pick it up and give it to them again.

In Chop Till You Drop, completing this scoop will reward Frank with Protein and $50,000.

During this scoop there are some additional food and weapons in the store which do not appear again. The following weapons are barricading the door:

The following are in the back corner of the store near Aaron Swoop: 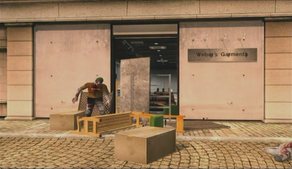 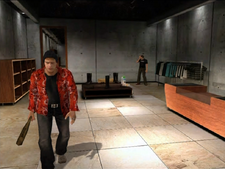 Barricaded in the store. 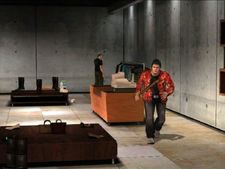 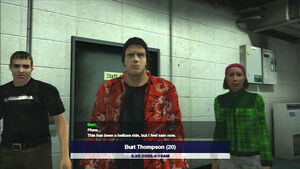 Safe in the Security Room.
Add a photo to this gallery

Retrieved from "https://deadrising.fandom.com/wiki/Barricade_Pair?oldid=377371"
Community content is available under CC-BY-SA unless otherwise noted.