"The only thing better than a little beer is more beer!"
—Combo card description

Unlike most health items, the Beer Hat can be used multiple times to restore health, but the two-drink limit for alcoholic beverages still applies. The Beer Hat does not receive a bonus from the Health 1 or Health 2 magazines.

"Portable heath! Unfortunately if you drink too much you'll start vomiting. Less unfortunate: Zombies can slip on the vomit."[1] 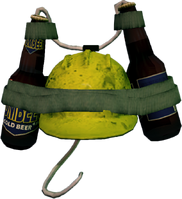 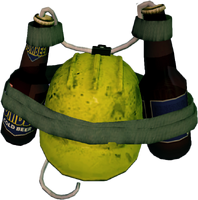 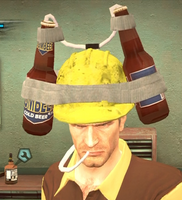