A disgruntled employee. Found in the Americana Casino.

"The casinos are insured for stuff like this, but I'm probably going to lose my job."
—Brittany, upon being brought to the Safe House

In Workers Compensation, Brittany is a casino worker at the Americana Casino. After the outbreak, she and another co-worker, Stuart Holmes are smashing slot machines in the casino and grabbing money. Upon seeing Chuck Greene, she begs him to knock some sense into Stuart. After Stuart agrees to follow Chuck to the Safe House, Brittany agrees to be escorted as well.

Brittany: The Casinos are insured for stuff like this, but I'm probably going to lose my job. 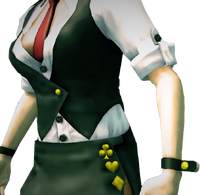 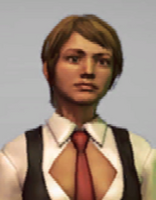 As Lulu Barra in Dead Rising 2: Off the Record with Jeanna and Deidre. 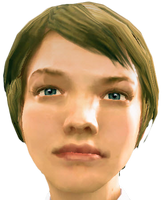