"Humanity... has proven itself to be quite adept at making mistakes. Hell, it's the only thing we truly excel at."
—Mason, upon confronting Frank

He lead the cleanup operation at Santa Cabeza after the zombie outbreak in the vicinity. He is an emotionless human being, showing no regard for human life, no emotion on the loss of his fellow soldiers, the massacre at Willamette, or the destruction of Santa Cabeza.

He sees the cleanup as nothing but a mission that needs to be accomplished no matter the cost, and also implies that he blamed his not being allowed to accomplish the mission at Santa Cabeza for making their mission at Willamette necessary. He serves as the game's final psychopath in Overtime Mode.

Mason and his team were not thorough in eliminating the parasite in Santa Cabeza, which leads to another outbreak in Willamette, Colorado. He and his crew are sent to clean up the mess, disposing of zombies and humans alike. He appears briefly in a cinematic before the ending of 72 Hour Mode.

As Frank and Isabella attempt to leave Willamette, Mason confronts them in a construction site and they engage in a lengthy battle. Using the XM3 Prototype Tank, the special forces leader rams into Frank's vehicle, landing it on its side. Mason reveals that he commanded the operation in Santa Cabeza and after brief talk with Frank, he points the tank cannon at the zombies. Frank goes to confront Mason, and they engage in one last battle, hand-to-hand combat.

After the intense battle, Frank overpowers Mason and kicks him into a horde of zombies surrounding the tank, where he was eaten alive.

Mason is a hand-to-hand fighter. In the final battle against Mason, Frank will have no weapons or food, therefore it is helpful if to know some of the unarmed attacks Frank can use in order to gain the advantage. 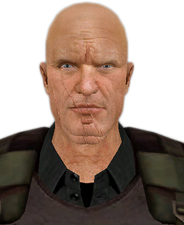 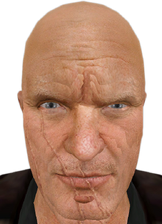 Brock watches over the mall cleanup.

Brock inside of the tank.

"As prey, you and your kind are much more stubborn than zombies."

Brock falls to his death.

Brock gets eaten by zombies.