Stubborn but practical. Found in the Atlantica Casino.

"If we don't help ourselves, who will?"
—Camille, after being rescued

Camille Payne is a survivor in Dead Rising 2 who appears in the mission Family Feud.

She is the mother of Lillian Payne, a distraught woman threatening to commit suicide. She reappears in Dead Rising 2: Off the Record with the same role, though her daughter is not contemplating suicide and Camille can be found in the Food Court.

In Family Feud, after talking to Lillian on top of the Fortune City Hotel, Camille can be found in the Atlantica Casino, where she is fending off zombies at the entrance with a lead pipe. She and her daughter could not agree on a location to seek refuge in during the outbreak and were separated. After talking to her about her daughter, she will join Chuck's party.

Once reunited with her daughter, she can convince her to step down and the mother/daughter pair will embrace in a hug. After that, Camille can be escorted to the Safe House with Lillian.

In Dead Rising 2: Off the Record, Camille and her daughter had an argument and were separated amidst the outbreak in the city. While Lillian is on the hotel rooftop, Camille has found refuge in one of the Food Court restaurants. When Frank finds her, she pleads that he take her to Lillian, worried that her daughter may do something reckless, stating that she is a tomboy and always liked guns instead of dolls when she hears that Lillian has a shotgun.

Once reunited on at the hotel, Camille will agree to be taken to the Safe House with her daughter. 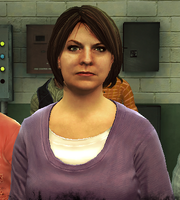 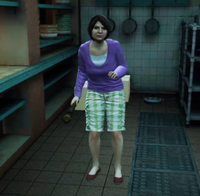 Camille in the Rojo Diablo Mexican Restaurant in Off the Record. 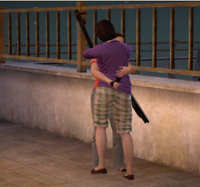 Camille and Lillian are reunited. 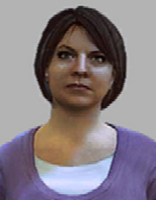