The chainsaw can be combined with:

The chainsaw is a heavy weapon, unable to be stored in the player's inventory, and injury will cause the player to drop it. Like the cement saw, the player can potentially injure zombies by bumping into them with the chainsaw's engine running. 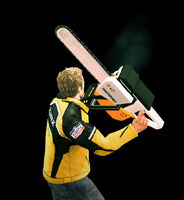 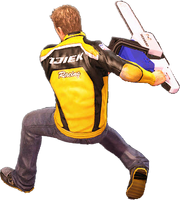 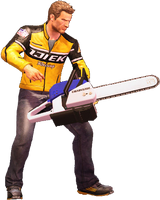 Starting
Community content is available under CC-BY-SA unless otherwise noted.