"This is horrible, horrible!"
—Chrystal, in the emergency bunker

In the Introduction Chrystal escaped the Fortune City Arena outbreak by heading to the Safe House. She was among the last group of survivors to make it inside. When the doors are opened by Sullivan, she and the rest of the survivors are briefly screened and admitted access to the shelter, where she awaits military rescue.

In Case 6-4: Breach, when the shelter is breached, she can be seen being attacked by a crowd of zombies, but survives after defending herself long enough until the emergency doors were sealed. 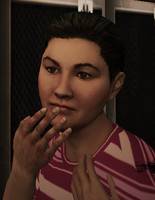 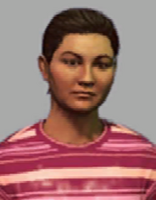