In Case Zero, Chuck's default outfit is jeans with an orange and black Ijiek long sleeved shirt, with the number 04 on back.

In the Dead Rising 2 safe house Chuck has a clothing locker in which he can select individual parts to change into: 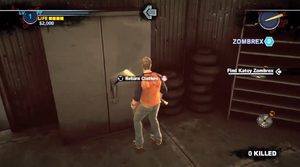 In Dead Rising 2: Case West Frank and Chuck both change into their default clothing in the Shipping Office. Frank changes into a Journalist Suit. 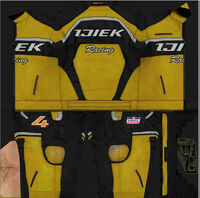