"Don't get no closer or I'll blow ya'll to kingdom come!"
—Cletus Samson to Frank West and James Ramsey

He is the immensely distrustful owner of Huntin' Shack in the North Plaza. Cletus also appears as a psychopath in Dead Rising: Chop Till You Drop but becomes a friendly survivor after defeat, offering to sell Frank weapons.

As Frank entered Huntin' Shack, he found James Ramsey trying to persuade Cletus into giving the other survivors guns, stating that they were necessary in order to fight zombies. Cletus refused and then threatened James, demanding that he stay away. James ignored the warning and proceeded to walk towards Cletus. In response, Cletus shot him in the chest, sending him flying out of the store. Cletus then pointed his shotgun at Frank, saying that he couldn't afford to trust anybody.

After he was defeated, Cletus surrendered and fled to get away from Frank. He hypocritically admonished Frank for wanting guns so bad that he was willing to kill for them. Cletus then stumbled into a zombified James, who then attacked and killed him.

In Infinity Mode, Cletus first appears in the Huntin' Shack from 2:19:00 to 3:07:00 and is armed with Shotgun. In his equipment he carries a Grapefruit, a Wine, a Well Done Steak, a Battle Axe and Sledgehammer. Later Cletus appears again in Huntin' Shack from 5:19:00 to 6:00:00 and he carries the same items he had before.

In Dead Rising: Chop Till You Drop, Cletus can be rescued by killing the zombies attacking him and then pulling him back into his store. He will then agree to sell his guns to Frank and fix his broken blacktail gun.

He will remain in his store until the Special Forces arrive. 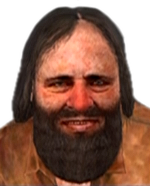 Cletus as an ally. 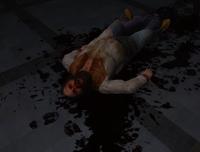 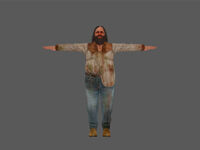