Colby's Movieland is the only movie theater inside of the Willamette Parkview Mall in Dead Rising.

It is located in Paradise Plaza and features five cinemas, a concession stand, restrooms and a gift shop. It is one of the largest establishments in the mall. There are restrooms in this theater. Other than Flexin', this is the only store which has a save point.

During the first day, it is largely inhabited by zombies. The theater is eventually taken over by the True Eye cult during the second day, after encountering them during the unannounced scoop The Cult.

Cinema 4 is used as the ritualistic grounds for the cult. Frank West can defeat the group's Sean Keanan during the scoop A Strange Group. Afterwards, the theater will no longer be inhabited by any True Eye members.

After the unannounced Paradise Plaza scoop The Cult on Day 2 at 1:00 pm, the True Eye Cult will take over this theater. During this time, no zombies are found in the theater.

Theaters one, two, and five have several cult members inside and the hallway to theaters three, four, and five is blocked by cult members.

The scoop A Strange Group takes place in theater four. After this scoop, the cultists disappear, and the zombies immediately return to the theater. 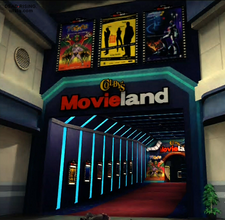 Main entrance to the cinema. 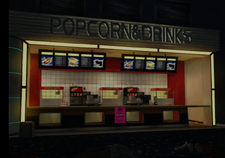 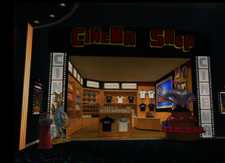 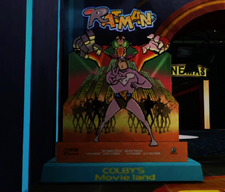 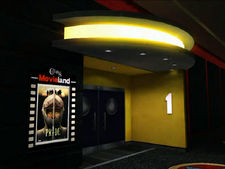 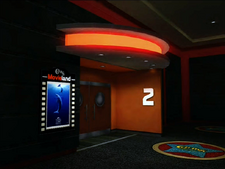 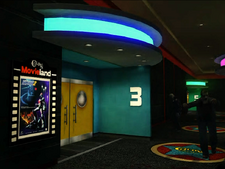 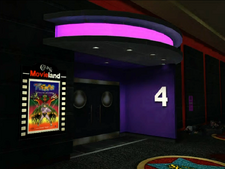 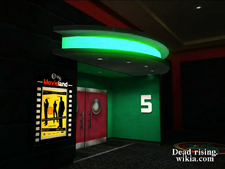 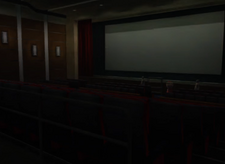 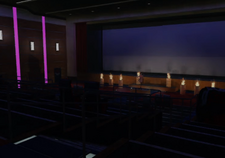 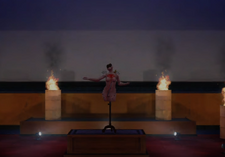 Mannequin that is worshipped by the True Eye cult in Theater #4. 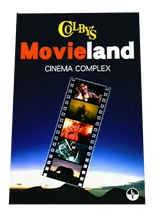 Advertisement in the Entrance Plaza. 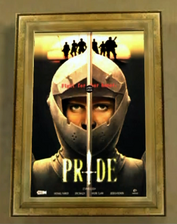 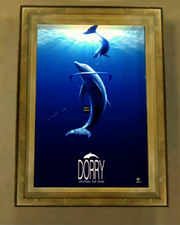 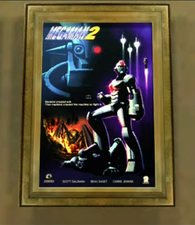 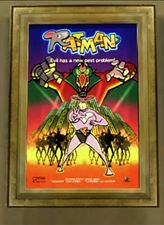