Connor McMann is a survivor in Dead Rising 4.

He was the receptionist and bartender of the Virago Hotel. A cellphone inside the Virago Hotel Panic Room can be found, where Frank can listen to Connor's job interview for the hotel. He is one of the people that Frank can photograph as a Person of Interest.

He is a playable character in multiplayer and in Super Mini Golf.

Frank and Brad will first find Connor upon entering the Virago Hotel. Connor will offer Frank a gun from the table in front of him. By talking to Connor, he will inform Frank that the outbreak started on Black Friday, the day of the Willamette Mall's grand reopening. While Brad tries to open the maintenance tunnel entrance, Connor will help Frank fend off against the incoming soldiers and zombies.

After gaining entrance to the maintenance tunnels, Connor formally introduces himself and tells Frank where he might be able to find Vick. He then leaves to join a militia effort in West Ridge (Tom's survival group).

He is not encountered again until Case 2. Frank finds him with Hammond, Jordan and Jessa fighting off Obscuris at the Willamette Jr. High School. Connor can be seen helping an injured Jordan Maxwell. After Frank helps them at the high school, he later gets in touch with Hammond in Case 4 to plot against killing Tom Pickton. The whole group (and now with Isaac Tremaine included) plan to rescue the survivors from Tom's compound before taking him out. Connor is the only member of the group who is reluctant to plot against Tom Pickton, fearing that they're in over their head.

In multiplayer, Connor is the only character to start with a healing item in his inventory. This replaces a weapon, however, so he not armed like other characters. He is the easiest character to attempt the multiplayer healing trails if the player does not have blueprints to make any further healing items yet. 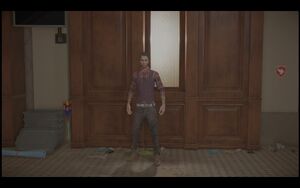 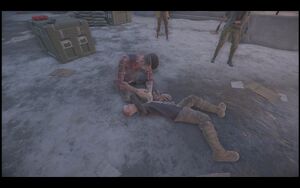 Helping Jordan at the high school. 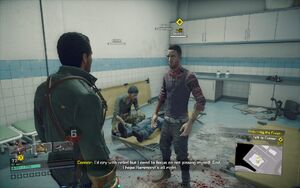 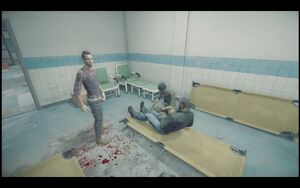 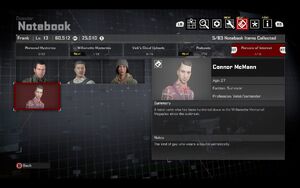 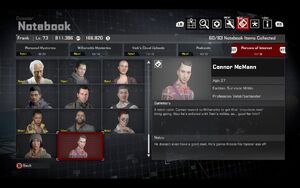 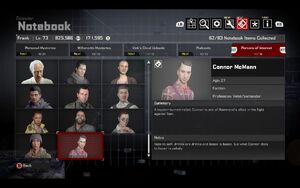 Person of Interest Profile (after joining the militia)

Connor is mentioned in a newspaper article about speaking at the "Survivicon" event that took place in Willamette in 2021. 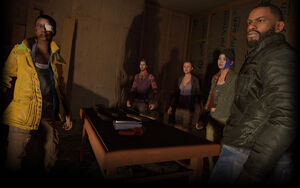 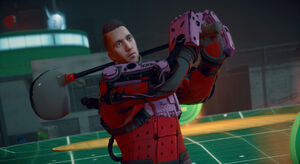 Connor in Super Mini Golf
Add a photo to this gallery
Retrieved from "https://deadrising.fandom.com/wiki/Connor_McMann?oldid=395248"
Community content is available under CC-BY-SA unless otherwise noted.