Can name every comic book hero and their powers. Found in South Plaza Mall.

Curtis Ellenton is a survivor in Dead Rising 2 found at the South Plaza and is involved with Brains Over Brawn. He reappears in Dead Rising 2: Off the Record with the same role.

Curtis was first mentioned on the viral website Tape it or Die. He was found by Gretchen Peregrine in the South Plaza. He and his friends, John Boog, Kevin Meyers, and Brian Scherbey, were found playing a board game in a construction zone. Their behavior deterred Gretchen from escorting them to Johnny Pipes's hide out. The four men managed to slip their business cards in Gretchen's pocket just as she was leaving.

In the mission Brains Over Brawn, Chuck finds Curtis and his three friends, John Boog, Kevin Meyers, and Brian Scherbey, huddled over a board game in an unfinished shop in the South Plaza mall. Chuck attempts to convince the costumed men to join him so he can lead them to safety at the Fortune City Emergency Shelter. However, they refuse to listen. As soon as Chuck mentions that there are women in the shelter, John and his friends finally agree and follow Chuck to the safe house. 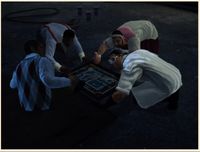 Curtis and his friends. 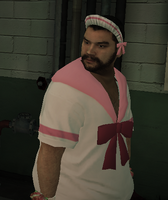 Curtis is brought back to the shelter. 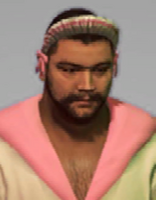