Start a Wiki
watch 00:50
'Dead Rising 2' Off the Record Cyber Skills DLC Pack
Do you like this video? 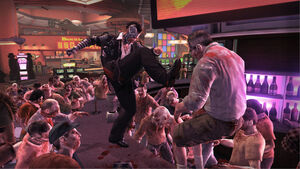 The Cyborg Skills Pack is downloadable clothing found in Dead Rising 2: Off the Record. This skills pack will cost 160 Microsoft points or $2.[1][2]

Retrieved from "https://deadrising.fandom.com/wiki/Cyborg_Skills_Pack?oldid=383367"
Community content is available under CC-BY-SA unless otherwise noted.