Dead Rising 2: Case West is an Xbox 360-exclusive DLC game that takes place after the events of Dead Rising 2, which was announced at the Tokyo Game Show by Keiji Inafune on September 15, 2010. This game features Chuck Greene and Frank West working side-by-side in a factory like setting.[1] It was released worldwide on December 27, 2010.

As taken from Capcom-Europe's announcement: "In co-op mode, Xbox LIVE Gold members will see the two protagonists delve deeper into the reasons behind the Fortune City outbreak and provide further links to the Willamette incident." The Xbox LIVE exclusive will provide an epilogue for Dead Rising 2. As of yet, Capcom have not announced any further Downloadable content for the game.[2][1] It was re-released in the Dead Rising Collection.

The Combo Weapons system and co-op return from Dead Rising 2. The photography aspect from Dead Rising also returns in Case West,[3] but without Prestige Point bonuses. But Prestige Point Stickers do return. New weapons and weapon combinations are also available, as well as new costumes.[4] Survivors are also present, however, they will not need to be escorted back to a Safe House, as they work in the facility and know their way around.

In single player, Frank will back Chuck up as an AI (artificial intelligence) friend. Frank is only playable in two player mode of an online game.[5]

Rob Barrett, President of Blue Castle Games stated, "I think we will see some physical Change in Frank since people saw him last, he will have aged. In the single player game [Frank] will be backing Chuck up...in co-op you will be able to play Frank. The combo weapons, which are...the pillar...of the main game, we expand on those as well."[6]

The game picks up from where Ending A left off, with Chuck fighting the zombified Tyrone King in the bunker elevator. TK overpowers Chuck and puts him down to the ground. When it seems Chuck is about to be killed, the elevator door opens and a man hits TK off of Chuck with a baseball bat, killing him and saving Chuck. The man turns out to be Frank West. Chuck thanks Frank and begins to recognize who he is. But Frank recognizes who Chuck is and what he is been accused of and is very hesitant to hear Chuck out. Chuck reiterates how Phenotrans caused the Las Vegas and Fortune City outbreaks and framed him for the latter. He also states that they also killed Rebecca Chang. Frank is shocked by the news, mostly about Rebecca's death. After hearing enough, Frank tells Chuck that he came to pick up Rebecca to investigate the Phenotrans Facility west of Fortune City based on a tip he was given by a source. Frank tells Chuck that he can tag along but if he finds out that Chuck had something to do with the outbreak, there could be serious consequences. Chuck reluctantly accepts and reiterates that he didn't do it, then Chuck see's Frank's camera and accuses Frank of just looking for a big scoop, but Frank says that there is a lot more to it than just a scoop. Before they leave, Frank's watch beeps and he gives himself a dose of Zombrex, owing to the infection he contracted in Willamette, five years ago.

Chuck and Frank are perched on a cliff, scoping out the Phenotrans compound in the distance, stating that they're off to find the evidence to clear Chuck's name and find out whatever the source has in for them.[7] The two break into the facility via the air vents and make their way to the Shipping Office to contact Frank's mysterious source. After inputting codes at several workstations, the source is able to download information for Chuck and Frank, which they find in an office at the Secure Lab. While they discuss the development of Zombrex, the various people forced to be test subjects, and the lives it has cost around the world, Frank angrily throws his own supply away, but Chuck picks it up without his knowledge.

Eventually, they cut the power to the facility in order to free Frank's source, who turns out to be Isabela Keyes. Frank and Isabela had parted ways following Willamette, and he is surprised to see her. Frank is angry to learn she works for Phenotrans. Isabela explained that she was captured and forced to work for Phenotrans after the incident at the Willamette Mall; in addition, all her research on creating a cure was stolen by Phenotrans. After explaining herself, however, the director of Phenotrans, Marian Mallon, reveals herself in a room above them and sends in guards to capture the trio. Isabela manages to get away, leading Chuck and Frank to believe that she was only using them to help her escape. She returns shortly after with a gun in an attempt to free the two. However, Harjit Singh, the head of Phenotrans security, is sent to deal with the situation and promptly knocks out Isabela when she attempts to escape. She throws a flash drive towards Frank containing information regarding Phenotrans's practices just before fainting and being taken to Marian. Harjit, however, steps on the flash drive and tries to kill Frank and Chuck. This leads to ending A.

The game was announced at the Capcom's Tokyo Game Show 2010 Press Conference on September 14, 2010, where the Japanese game-maker also announced purchasing Dead Rising 2 developer Blue Castle Games, dubbing it Capcom Game Studio Vancouver. Keiji Inafune cited the record Xbox Live sales of nearly 500,000 copies of Dead Rising 2's prequel Case Zero in deciding to create Case West, "Case Zero was a prologue, so of course we need an epilogue." Kotaku speculates that the Case West announcement explains the grainy photo of Chuck and someone who looked like Frank, which was posted on September 10, 2010 on Capcom's Tape It Or Die viral blog.[11][12][13][14] 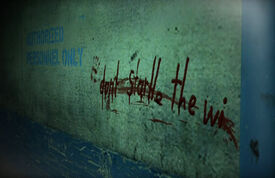 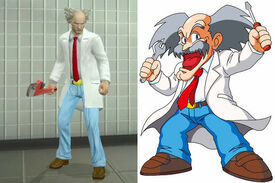 Introduction to the game.