Start a Wiki
watch 04:57
'Dead Rising 2: High Stakes' Edition Unboxing
Do you like this video? 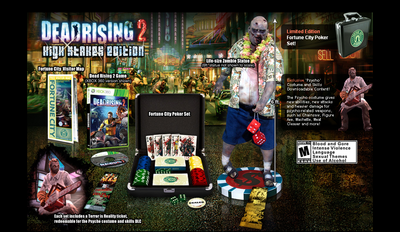 2. Take less damage from enemies.
3. Immunity to slouching over in pain if grabbed twice by zombies. This does not work if Chuck or Frank drinks 3 alcoholic beverages in quick succession.
4. New mini-cutscenes on secondary weapon attacks such as with chainsaws, cleavers, and axes.[1][3][4]

There was one life sized Burt zombie given away in one Dead Rising 2 High Stakes Edition.

"The winner of this monstrous statue will find a Golden "Terror is Reality XVII" admission. So, think of it as darker, more freakish version of the sweepstakes from old “Willy Wonka and the Chocolate Factory” movie..."[5]

The statue winner was Mark Earsley.[6] 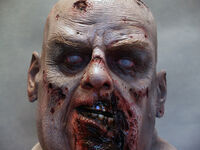 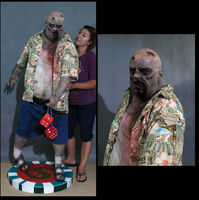 Retrieved from "https://deadrising.fandom.com/wiki/Dead_Rising_2_High_Stakes_Edition?oldid=381293"
Community content is available under CC-BY-SA unless otherwise noted.