View source
watch 02:30
Dead Cells Final DLC - The Loop
Do you like this video?
Play Sound

Dead Rising 3 is the seventh installment in the Dead Rising series, released on November 22, 2013. It was developed by Capcom Vancouver, and was published by Microsoft for the Xbox One. In June 2014, Steam advertised the "Apocalypse Edition" for pre order on the PC, and was released on September 5, 2014.

Dead Rising 3 takes place in 2021, ten years after Dead Rising 2. It follows the game's protagonist, a young mechanic named Nick Ramos as he desperately attempts to find a way out of the city of Los Perdidos.

In 2017 the government began using Zombrex chips - a required chip that is placed inside infected people and administers Zombrex daily. This chip, however, also tracks them via GPS, which makes many refuse to have it administered.

During the events of Dead Rising 3, the Zombrex chips implanted in those infected malfunctioned, which causes this newest zombie outbreak. This outbreak forces Nick and other survivors to escape the city alive before the military performs a firebombing.

There are a total of five known endings that can be achieved depending on player choices. Ending S is the best ending, followed by C, D, and F. There is also an alternate ending to Chapter 8 that is not lettered in game (In the files it's labelled as "Ending E"). Ending S is considered to be the true, canon ending. 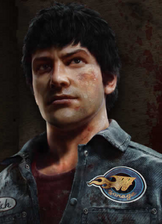 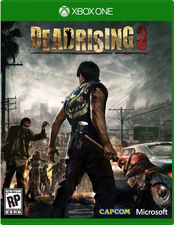