Dead Rising 4 is the eighth installment in the Dead Rising series, released on December 6th, 2016. The game features the return of Frank West, the protagonist of Dead Rising, Dead Rising: Chop Till You Drop and Dead Rising 2: Off the Record.

A PlayStation 4 port for the game was released on December 5, 2017, titled Dead Rising 4: Frank's Big Package.

On September 4, 2021, a few months after the zombie outbreak in Los Perdidos, California, Frank West, a former photojournalist now working as a college teacher, is approached by one of his students, Vicky "Vick" Chu, who convinces him to help her investigate a military compound, situated on the outskirts of Willamette, Colorado - the site of the first zombie outbreak. Once inside, they discover that the place is being used for zombie research, but are discovered and forced to flee, with Frank labelled a fugitive after he is falsely accused of terrorism by the government. Around January of 2022, Frank is found by Brad Park, an agent of the ZDC, who convinces him to help investigate a new zombie outbreak that started in Willamette during the Black Friday sales, in exchange for the means to clear his name and having exclusive rights to the story, revealing that Vick has already left for there to investigate the matter herself.

Just as they arrive at Willamette, Frank and Brad's helicopter is hit by a missile, forcing them to make a crash land in the middle of a shopping mall. Upon confronting the zombies, they discover that they are infected with a new, more aggressive strain of the virus that previous treatments like Zombrex are ineffective against. Frank eventually discovers that an elusive organization called Obscuris is in the city looking for a monstrous creature called "Calder" and reunites with Vick on a few occasions, but their opposing views prevent them from working together. Frank manages to approach an Obscuris truck carrying Calder, but it soon drives off, leaving him to confront an Obscuris lieutenant. Upon investigating the laboratory of Dr. Russell Barnaby, the main scientist behind the zombie outbreak in Santa Cabeza, Mexico, Frank learns that during his last days, Barnaby was developing ways to make zombies with their human intelligence intact, and that Calder was a human soldier enhanced with a military exoskeleton, who was transformed by accident, but not before downloading Barnaby's data on a hard disk that he always carries with himself. Frank finds himself having to confront him in order to retrieve it.

Frank later invades the base of Obscuris and faces, Fontana, the leader of the organization and the one responsible for bringing down the helicopter carrying him and Brad. Fontana reveals that their group was not responsible for the outbreak, but was hired by an unknown client to obtain Calder's data, seeking to use the research on intelligent zombies to make cheap labor for factories and plantations in developing countries. Their confrontation is interrupted by Calder, who kills Fontana. After rescuing several survivors from a group of psychotic survivalists, Frank pursues Calder down to the sewers where he steals the hard disk and transfers the data to his camera, but Vick appears with a gun, forces Frank to give her his camera, and flees after destroying the disk. Frank runs after her all the way to the shopping mall where they are intercepted by Calder, who destroys the camera, and the two work together to kill him. After the battle, Vick reveals to Frank that she salvaged the camera's SD card containing the disk's data and they reconcile, agreeing to share the credits for the story. Frank, Vick and Brad soon leave for the rooftop to be extracted via helicopter, but a massive horde of zombies pursue them on the way there. Unable to escape the zombies, Frank sacrifices himself, ensuring that Vick and Brad make it safely out of the area.

After falling from the helicopter. Frank was half eaten by the evo zombies but suddenly after all the zombies had gone away, the experimental wasps entered Frank and converted him into an evo zombie which gave him new abilities like acid spit, pouncing, and roaring. After getting all of these new abilities, Frank starts to eat humans. In the Willamette Mall, Frank is shot and taken to Barnaby's lab where he is given control of his body back, but loses all of his powers. Blackburne tells Frank that the military is planning to firebomb Willamette and the only way to survive is to get on the evacuation helicopter which would arrive shortly.

Blackburne also tells Frank that he could regain all his powers by absorbing the wasps which were present in evo zombies. Frank asks about a cure, which Blackburne agrees to help him with, granted he gathers supplies for her. Blackburne later double crosses Frank, but he threatens her in order to get her cooperation to continue. Blackburne explains that she needs to get into Barnaby's lab but is unable to due to the high levels of radiation. Frank is eventually successfully cured back to a human and is able to escape with Blackburne in the evacuation helicopter.

The DLC has three endings:

"Looking forward, we’re just giddy with excitement. What can we do next?"
—Mike Jones from Capcom, stated while talking about a possible sequel to Dead Rising 3Capcom announced interest in developing a fourth entry in the series sometime after the release of Dead Rising 3. The third numbered game's director, Michael Jones, said he was not satisfied with the third game, mentioning that we wanted to make Dead Rising more interactive through the Xbox Kinect and Smartglass, such as when the player must escape zombie grapples.[1] He also stated that due to the success of the multiplayer system in Dead Rising 3, the next installment could possibly include a four player multiplayer option. The development team further elaborated that such a feat would also be much more difficult than the typical two player co-op the series has been known for since Dead Rising 2, stating that "nothing is set in stone".

The game was formally announced and showcased at E3 in 2016.[2] The trailer confirmed the rumors that Frank West would be returning as the main character. The trailer showed Frank returning to Willamette and revealed the setting for the game to be set during Christmas period. The game takes place 16 years after the first game (which means it takes place a year after Dead Rising 3), and a new outbreak has resulted in the Willamette Memorial Megaplex Mall being overrun by zombies, history repeats itself as Frank has to discover the cause of this new outbreak.

Dead Rising 4 retains the bigger open world from Dead Rising 3, as Frank can now travel outside the mall and explore the town of Willamette. The game also introduces several new combo weapons to the series.

The game does not feature a time limit of any kind due to negative player feedback with previous games. The exception is the online co-op mode, where players complete objectives with a given time limit.[3] The mode is inspired by the Infinity Mode of the original game. The backstories of the four characters is detailed within the mode. It starts in a safehouse, where weapons can be purchased before the doors unlock. A safehouse must be reached by the end of the day to survive.[4]

It was later announced that Dead Rising 4, unlike the third entry, will be a timed exclusive for Microsoft Windows 10 and the Xbox One for a one-year duration, after which the game is expected to appear on the PlayStation 4 in the fourth quarter of 2017 (and probably on the Nintendo Switch too), as hinted by the recent announcement that Dead Rising and Dead Rising 2 along with its spinoff Dead Rising 2: Off the Record will be re-released on the PlayStation 4 as well as the Xbox One with improved resolutions and a frame rate locked at 60 FPS.

You can get these bonuses via pre-ordering the game:

These 'pre-order' bonuses were made available for purchase via the Xbox Store, each selling for $1.99 USD.

Several features of Dead Rising 4 have been highly criticized by critics and players alike. Dead Rising 4 has recieved mixed reviews, with criticism geared mainly towards the changes to Frank West's character, removal of the time limit system, and the lack of campaign co-op. Since the release of the first trailer, there has been some backlash from the Dead Rising community against Capcom Vancouver's decision to change the voice actor of Frank West, as well as significantly changing his appearance. Fans felt that Frank hadn't returned to his "true form" without the return of his long-time voice actor TJ Rotolo.[5]

The outside of the mall

Frank taking a "selfie" above an undead horde 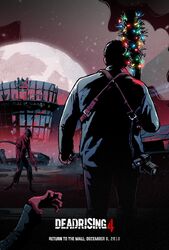 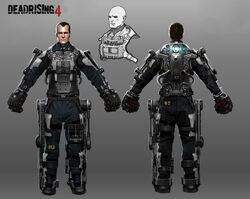 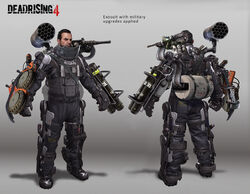 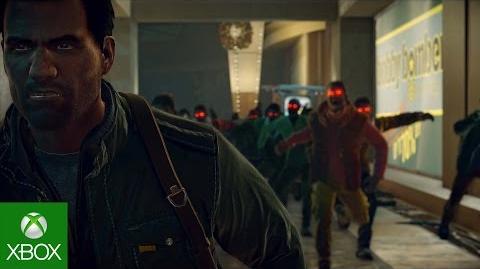 Dead Rising 4- Return to the Mall 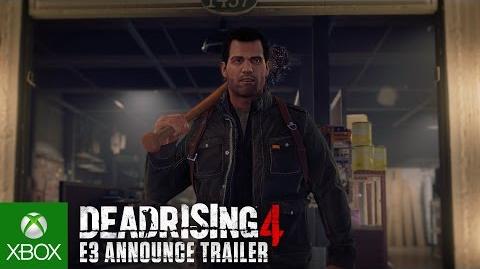 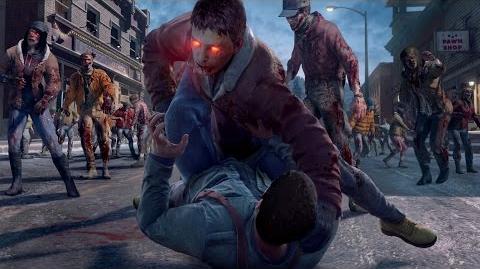 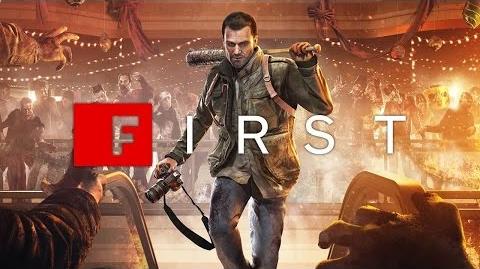