The Defiler is a combo weapon in Dead Rising 2 and Dead Rising 2: Off the Record. It is created by combining a sledge hammer with a fire axe.

It can be made immediately after receiving access to the first maintenance room (via a scratch card combo) by taking a fire axe from the safe house, and by picking up a sledge hammer from around the corner from the maintenance room. It is before the doors to the mall.

"Imagine a bat with the head of an axe and the head of a sledgehammer both positioned on the business end. Smacking something with that is not going to leave much in the way of solids."[1]

In Dead Rising 2, the combo card for the Defiler is unlocked by leveling up. It is the 17th card out of 34 total cards awarded by leveling, and is generally unlocked at levels 25 or 26.

"Wallace, bless his heart, is still all up-in-up. Trying to build the best weapon. It's so cute. He actually came up with something pretty good today. Simple, too. An axe and a sledgehammer. Put together. Makes sense if you think about it. Both axes and sledges only really face in two directions. Front and back. But what about the sides. Well, Wallace basically squigged the two together (that's a technical term). Now you have a four-directional zombie-whacker! Looks pretty good in action, too!"
"Only thing I don't like is the name. "The Defiler". Ech. Sounds like the pipe system on Waters Avenue back in Costa Mesa. That was defiled."
"But good work, Wally! Nicely done! Johnny Pipes is proud."[2] 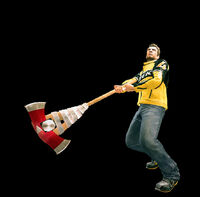 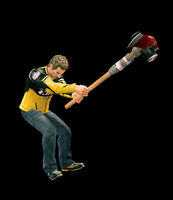 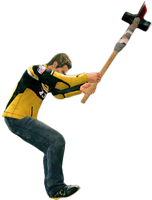 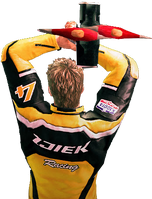 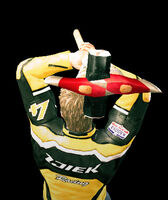 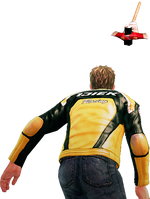