A dancer from Fortune City. Always the life of the party.

Long Legs of the Law

"Thanks Papi. When this is all over, come find me, and I'll thank you properly."
—Deidre, after being rescued

Deidre Sanchez is a survivor found exclusively in Dead Rising 2: Off the Record. She is found in Hot Excitorama during the mission "Long Legs of the Law". She is an exotic dancer who worked at The Peephole, dressed as a police officer.

Long Legs of the Law[]

Deidre has fled The Peephole when the outbreak started and took refuge in Hot Excitorama. Armed with a bowling pin, which she jokes that is her prop for when she performs as a dancer, she is found by Frank West. He offers to take her to safety and she agrees, stating that she likes a man in charge. She awards Frank some of her tips that she collected the night before the outbreak. 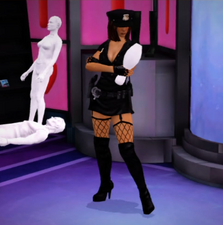 Deidre refuses to return a Massager once it's been given to her. 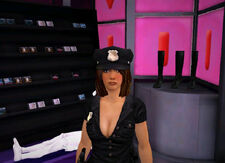 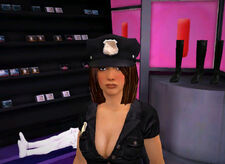 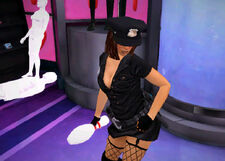 Deidre with a gun.

Deidre is back brought to the Safe House...

..and provides Frank with an additional reward. 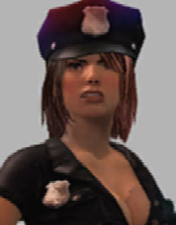 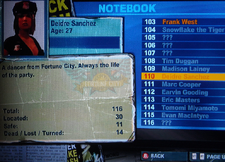