The Director's Office is a location within the Secure Laboratory of the Phenotrans Facility in Dead Rising 2: Case West.

This is the office for the Phenotrans Director, Marian Mallon. She has a desk with several computers with a few bookcases filled with research material. Also in the office are several framed newspapers, a comfortable couch with a painted portrait of the Director hanging on the wall, another portrait of Marian with several plaques and awards, and a fireplace with photos on the wall. There is also a wall of computers, containing files and information on various test subjects, who are prisoners, homeless persons, and people kidnapped from their homes who are now missing persons.

In Case 2-2: Infiltration, Frank and Chuck make their way into the Director's Office and discover that the Zombrex drug is not synthetic, that it depends on Queens from zombies in ordered to be made. Viewing the computers in the office, they learn that Phenotrans have been using prisoners and homeless people as well as missing persons to manufacture queens by turning them into zombies. Chuck also finds the evidence needed to clear his name, that Phenotrans set off an outbreak in Fortune City and have been flying zombies from the city to the facility to be processed.

Later, while Frank and Chuck meet up with Isabela, Marian arrives in her office and witnesses through the large glass windows the trio's meeting. She responds by kidnapping Isabela, sends Harjit Singh to kill Frank and Chuck, then initiates the destruction of the facility before evacuating. 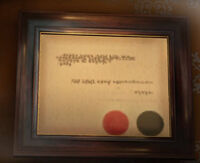 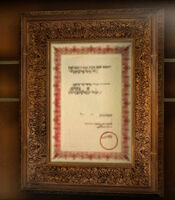 Art above fireplace mantel
Add a photo to this gallery

Retrieved from "https://deadrising.fandom.com/wiki/Director%27s_Office?oldid=382504"
Community content is available under CC-BY-SA unless otherwise noted.