Drake Danton is a victim appearing in Dead Rising 2. He reappears in Dead Rising 2: Off the Record with the same role, with a Special photo opportunity as he is being dragged.

Drake was a spectator for the Terror is Reality show at the Fortune City Arena. He was in the arena trying to flee to the exit but he was dragged into a changing room by zombies and is killed instantly. 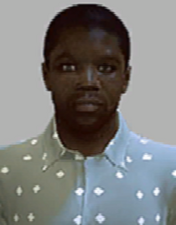