The Driller is a combo weapon in Dead Rising 2 and Dead Rising 2: Off the Record. It is created by combining a power drill with a spear.

This weapon is relatively fragile, but extremely effective against psychopaths thanks to its quickness.

Both parts required to make the Driller can be found in the Royal Flush Plaza, in the maintenance room across from Marriage Makers. Power drills are next to the worktable, and the spear is just outside the red door.

"Take an ordinary power drill, but instead of a normal drill bit, stick a 3-foot-long spear into it. Pokey death!"[1] 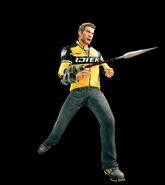 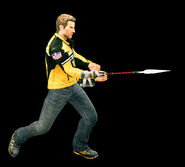 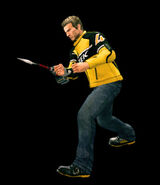 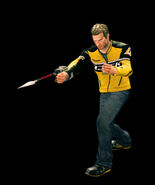 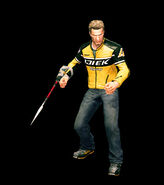