Career Military man who thought he'd seen everything - until the zombie outbreak. Shell-shocked and delusional, he shoots everything that moves.

Sergeant of the AZU branch of US military.

"You want some of this?! Come get some!"
—Dwight Boykin, screaming to Chuck

Sergeant Dwight Boykin is a psychopath appearing in Dead Rising 2 during Case 6-1: Help Arrives and Case 6-2: Last Stand. He leads the column of soldiers that arrive in Fortune City in order to quell the outbreak, as well as rescue any survivors. When the gas was released and the zombies turned into gas zombies, he went insane after witnessing his squad getting massacred.

He reappears in Dead Rising 2: Off the Record with the same role, during Case 7-1: Help Arrives and Case 7-2: The Last Stand.

In Case 6-1: Help Arrives, Sergeant Dwight Boykin leads the AZU into the infected city to begin the rescue operation. He kills the first zombie for his squad, and then commands them to separate and clean up the area in Fortune Park, beginning the operation. Everything goes smoothly, up until a soldier notices gas coming from underground and that the zombie he was fighting turned into the surprisingly quick and powerful gas zombies. His squad is quickly killed and consumed in front of him, only partially concealed due to the new green fog of gas. He tries to save one of his soldiers by grabbing him by the arm and pulling him to safety, but then stops staring at his comrade, likely realising he was already dead, before he runs to his car and drives off. He flees from the advancing zombies in his nearby Humvee and escapes into the underground tunnels.

In Case 6-2: Last Stand, he appears to begin suffering an extreme case of dissociation immediately after his initial escape, believing his deceased comrades are still alive, interacting with their bodies even though they are obviously no longer living.

When Rebecca Chang follows him down into the tunnels to investigate, he takes her hostage for unknown reasons. He is fending off invading zombies, while commanding his dead soldiers 8-Ball, Curtis, and Jonesy to cover flanks and provide ammo and weapons. Beyond Rebecca, Boykin seems to immediately see Chuck as a zombie, perhaps speculating that Rebecca found him before his mental state deteriorated further, and forcing Chuck to fight him. After he is defeated, he uses a grenade to commit suicide, assuming that Chuck will bite him and will turn him into a zombie.

Sgt. Boykin is one of the crazed survivors Frank can fight in Sandbox Mode. He will spawn in the Underground parking lot beneath the Yucatan Casino. Once defeated, he drops an LMG and $25,000.

Boykin looks in horror at a comrade's hand.

Boykin attempts to fend off the newly mutated zombies.

Boykin pulls out a grenade. 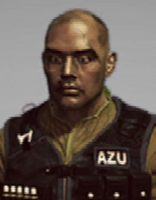 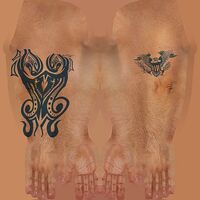 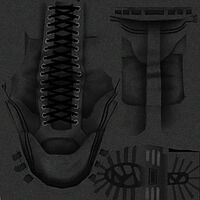 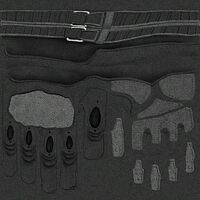 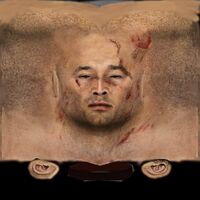 Skin of Dwight Boykin from PC game files
Add a photo to this gallery
Retrieved from "https://deadrising.fandom.com/wiki/Dwight_Boykin?oldid=397473"
Community content is available under CC-BY-SA unless otherwise noted.