Eric Masters is a survivor in Dead Rising 2: Off the Record. Eric can be found in the Uranus Zone theme park during the mission Quarter Circle to Forward.

Eric was in Fortune City to participate in the video game tournament that was to take place. However, his plans were halted by the outbreak. He managed to survive long enough by seeking shelter on top of the Rockets Red Glare stand in Uranus Zone. Upon seeing Frank, he shouts out that he needs help and is surrounded by "NPCs". He explains to Frank why he is in town and asks that he kill the zombies that have surrounded him. Once safe, he will agree to be escorted to the Safe House. After he is escorted, Eric awards $45,000 for his safety.

Like the other OTR-exclusive characters, it’s unknown if he survived in the original timeline. 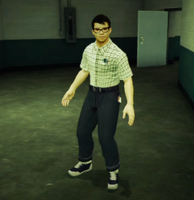 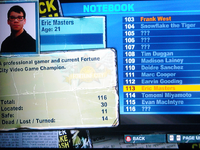 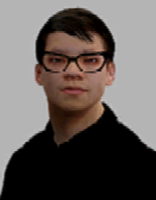