A fashion journalist who is easy on the eyes. Found in Kathy's Space in the Royal Flush Plaza.

"I am going to make my new clothes look so good! Thank you for your help."
—Erica, after being rescued

Erica Mayes is a survivor that is shopping in the Royal Flush Plaza in Dead Rising 2 during the unannounced mission Shopping Spree.

Erica is found talking with Bessie and Rosa, in Kathy's Space in Royal Flush Plaza after 8am on the second day. She and her friends take advantage of the outbreak and are shopping in the line-less stores when they are found by Chuck. They claim that there is a sale and they are not leaving without their box of shoes, which Chuck must carry.

Woman fleeing in the Fortune City Arena who has the same model as Erica. 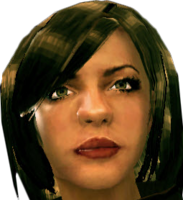 Erica is brought back to the shelter. 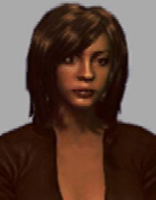