It can be combined with gems to make the Laser Sword, or with a computer case to make the Hacker. It is most commonly dropped by looters.

When equipped, the flashlight will always be lit, even when its durability is at its lowest. It can be a useful source of light at night.

Unlike most weapons, Chuck can swing the flashlight while continuing to move freely. This can be great for jostling through crowds of zombies that would otherwise block or bite him without having to stop or slow down. 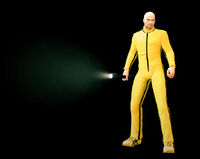 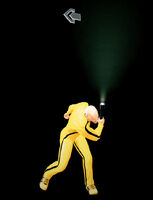 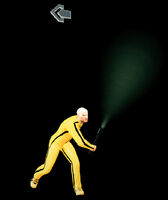 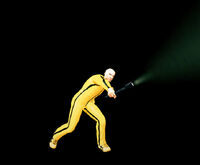 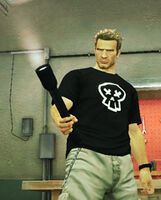 Skin of flashlight from PC game files
Community content is available under CC-BY-SA unless otherwise noted.