"Only for use during city wide emergencies such as natural disasters or the unlikely event of a zombie outbreak."
—Fortune City Map
For the Dead Rising 2: Case Zero safe house, see Brockett Gas Station.

The Fortune City Emergency Shelter, most commonly referred to as the Safe House, is a location in Dead Rising 2 and Dead Rising 2: Off the Record in the back of Royal Flush Plaza within Fortune City that serves as a safe, zombie-free zone for survivors to seek refuge in.

It is a shelter to be used in case of an emergency in Fortune City, such as from a natural disaster or zombie outbreak. Ray Sullivan is the security officer who oversees the shelter, ensuring only non-infected civilians and survivors only get inside. Stacey Forsythe, the head of CURE who made it into the shelter, oversees the closed-circuit security monitors and keeps a look-out for survivors. The shelter possibly belongs to the Department of Homeland Security.

Further information: Introduction (Dead Rising 2)#Outbreak
During the outbreak, as Chuck Greene and his daughter Katey make it out of the Fortune City Arena and into the Silver Strip, there is mass chaos everywhere: fires burn, zombies stumble around, civilians flee and are killed. Wade Coopwood shouts to people to get to the shelter and a man runs into Chuck, on his way to the shelter. Chuck and Katey follow and arrive in a room that is sealed with two doors and a couple of other frantic survivors inside. One of the doors open, and Ray Sullivan, the only reserve officer to make it to the shelter appears. He screens each person that enters and briefly stops Katey, noticing the bite wound. Chuck explains that he has more Zombrex while Sullivan informs him of rescue coming in three days. Sullivan tells Chuck to use the security office for comfort, especially for Katey. Inside they meet other survivors who made it in earlier, including his fellow TiR contestants and Stacey, who informs them of a place to get some Zombrex. Before Chuck leaves, Stacey hands him a transceiver.

Later, Chuck and Stacey relax in the lounge, watching a news report by Rebecca Chang about the terrorist attack on the Fortune City Arena. The video in the report shows a man presumed to be Chuck, since he is wearing his Terror is Reality jumpsuit, plant a bomb at the gate that keeps the zombies at bay and blow it up. Chuck is furious at the accusation and Stacey backs away in uncertainty. Stacey looks out after Katey as Chuck leaves the sanctuary and into the infested city to clear his name, and find Zombrex.

Throughout the course of his stay at Fortune City, Chuck is able to rescue and bring over 50 survivors to the Safe House, where they will occupy the refugee rooms and the halls, resting, sleeping, and waiting for rescue. As the military rescue nears, the survivors will become more nervous. Chuck and several others watch the rescue on the monitors and witness it go horribly wrong, in which anxiety and dread seems to overcome the shelter as some survivors break down in tears.

After rescuing Rebecca from the underground tunnels, the shelter's doors are open and zombies are let loose into the shelter. Most of the survivors have fled to the refugee rooms and lock themselves in to keep the zombies out. A few survivors have armed themselves with weapons and attempt to defeat the zombies. Chuck then has to collect a generator, coil wire, and a barrel in order to close the door. TK attempts an escape during this period, but he is bitten by a zombie in the attempt.

Shortly afterward, everyone discovers that the media has been manipulated into saying that all survivors in Fortune City are dead, forcing the President to order a firebombing in 24 more hours. After discovering the source of the gas that has destroyed the military rescue attempt, Rebecca prepares to call her station for help, though she is murdered by Sullivan. He plans on killing everyone in the shelter, but is thwarted from doing so and he escapes. Chuck then has to get word to the world that they are still alive to prevent the firebombing. After defeating Sullivan on the rooftop of the Yucatan, Chuck is able to radio for help, in which a fleet of helicopters come to the bunker and evacuate all the civilians inside.

The security office is the headquarters and base of operations in the emergency shelter. In the office is a set of monitors with video of closed-circuit videos throughout Fortune City, so the streets, hotels, casinos and other places can be monitored. The office is where Katey safely resides in, along with Stacey, who watches the monitors for other survivors.

Snowflake will also stay in this room if she is saved.

The lounge is an area with vending machines along with tables and chairs. The lounge also consists of a TV, where Stacey and Chuck watch and learn that, apparently, Chuck himself is the perpetrator of the explosion at the Arena, sparking the zombie incident.

If a survivor has a request for Chuck, he/she will be standing in here waiting for the requested item.

The medical clinic is a makeshift hospital for those who are injured and sick, who can rest in the several beds that are set up. Tyrone King is held captive in this room once Chuck Greene is able to bring him into custody. During the temporary zombie attack in the bunker, Tyrone escapes, but is bitten and readmitted into the clinic where he receives medical treatment.

There are various rooms that are assigned with numbers. These rooms are to hold survivors and evacuees during an emergency, so those rescued by Chuck or already made it in before the doors were sealed will reside in these rooms, in addition to being scattered in the halls. Some rooms will remain empty, littered with unused or broken furniture while others will be filled with survivors.

The area of the Shelter that connects the various rooms together, also is the location of the vents Chuck uses to reenter Fortune City, Royal Flush Plaza specifically.

During the brief zombie invasion, survivors who were not able to lock themselves in a refugee rooms will be fighting off zombies until the doors are able to be re-sealed.

After the shelter is secured all rescued survivors will be sobbing, most likely about the upcoming firebombing.

Chuck can go there via elevator. It is the location of Case 5-1: Stake Out.

The weapons and food in the safe house change from day to day.[1]

How can I call Ma!? She will be worried sick! I got to call Ma!
She was in Vegas when that thing happened, she will not sleep!
You know, she got the angina!

Whatssa matter, buddy? What are you lookin' at?
Come on! Hurry it up!!
How did those things get loose? Somebody's gonna pay for this!
I'm gonna sue somebody!
What the hell is the world coming to when a thing like that could happen?
We cannot stay in here! We're sitting ducks!

It's protocol. We cannot admit any infected.
Protocol?!? Your protocol is going to kill those people!
Ma'am, this is standard operating procedure! For everyone's safety!
If you will not let them in, I will!
Hey! Get away from there!
Dammit![3]

Survivors gather in the waiting area. 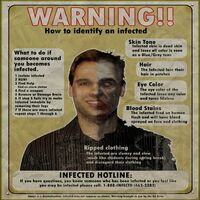 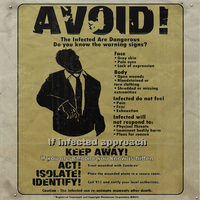 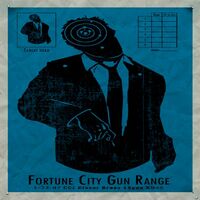 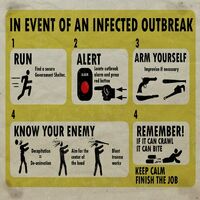