The clothing is a brown suit with a camera.

The boxes under the Heliport stairs return Frank to his original brown clothes.

The three blue lockers under the stairs contain clothing if the player downloads the Downloadable Outfits.

In Dead Rising 2: Case West Frank and Chuck Greene can both change into their default clothing in the Shipping Office. 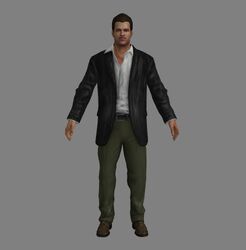 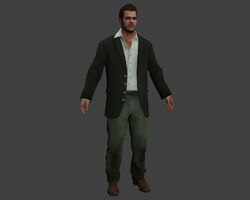 Frank West rendered
Add a photo to this gallery

Retrieved from "https://deadrising.fandom.com/wiki/Frank%27s_Default_Clothing?oldid=342457"
Community content is available under CC-BY-SA unless otherwise noted.