"Whatever... Not like I got any reason to live anyway."
—Gary to Nick Ramos about escaping town.

Gary Finkel is a supporting character and reformed antagonist, appearing in Dead Rising 3.

Gary is a Los Perdidos-based mob enforcer working for an enigmatic mob boss at the Diamond Panty club and bar in Ingleton. Although he is somewhat helpful to Nick during their first encounter, he has an antagonistic role as he attempts to achieve the mission given to him by his boss throughout the main story. He is a former professional wrestler and the estranged ex-husband of Rhonda. He states that he used to live in a big house and had lots of money, although the circumstances to why he fell from grace and became a gangster is unknown.

He first meets Nick during Chapter 2 at St. Keith's Memorial Grounds. After accidentally knocking Nick down, thinking he was a zombie, he quickly takes note of his bandaged hand, but nonetheless asks Nick to assist him in finding a body at the morgue so that he can bring it to his boss at the club. Gary promises to return the favor by finding Nick Zombrex and before entering, also shows Nick that killing Queens will kill zombies. Inside the morgue, they find the corpse, but no Zombrex, causing Nick, despondent and hopeless, to give up and wait to turn. Taking pity, Gary offers to shoot him, which Nick agrees to, but Gary fumbles with the gun's safety before tripping over the body and firing his last bullet into it. Due to his wound healing, reinvigorated, Nick helps him deliver the corpse to the club. When Gary's boss discovers that the corpse is not who he is looking for, Gary will ask that Nick bring him Annie, as Nick's reaction to the body, which bore a close resemblance to Annie, led him to believe that he may know his boss's actual target. In exchange, he offers fuel for the airplane. He secretly follows Nick to where Annie is hiding, as he had a feeling that Nick wouldn't be able to bring himself to turn the girl in.

During Chapter 4, he finds the Illegals hideout and holds Nick, Annie, Lauren, and Winnie at gunpoint. He attempts to abduct Annie, but Special Forces soldiers show up and take Gary, Annie and a few of the other Illegals away. Red and Nick devise a plan to get into the military compound to rescue their friends. Once Nick breaks in and frees Annie, Gary and the other Illegals, Gary once again attempts to abduct Annie but is stopped by Nick. Gary disappears again, in hot pursuit of Annie.

During Chapter 7, Nick finds Gary at the karaoke bar in Sunset Hills, holding Annie hostage until his boss arrives. When Nick tells Gary to let him in, he refuses. Gary tells Nick that he is tired of living a mob life and misses his ex wife, Rhonda. He tells Nick that he must do him a favor or get rid of him before he will move. At this point, Nick can either kill Gary or bring Rhonda to him. Killing Gary will result in a bad ending, and the player cannot unlock Overtime Mode. This is also not canon, as Gary can be seen alive in Dead Rising 3: The Last Agent. If Nick chooses to bring Rhonda to him, Overtime Mode can be unlocked, and Ending S can be achieved. Once Nick has either killed Gary or brought Rhonda to him, Gary will give Nick the passcode that unlocks the door to the karaoke bar. If reunited with Rhonda, the two will leave together. When Chuck arrives at the warehouse after Red's defeat, it is revealed that Chuck is Gary's boss, hence the reason why chasing down Annie was so important. Chuck was able to track down Gary after he and Rhonda were reunited, and although angry, he decided to let Gary live after seeing how happy he was with Rhonda. After helping Chuck reunite and reconcile with Annie, Gary and Rhonda decide to stay behind in Los Perdidos to assist the evacuation of any remaining survivors. They eventually escape with ZDC agent Brad Park and a large group of survivors via helicopter.

Gary is a fairly easy boss, as he only has his fists and has no ranged options or charge attacks. All there is to be careful of is that he does quite a bit of damage and has a lot of health. 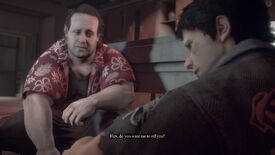 Gary with Nick at the morgue. 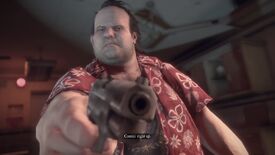 Gary with his gun, ready to shoot Nick. 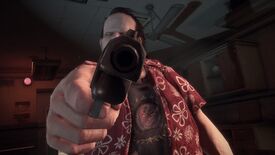 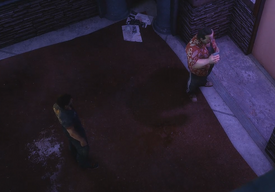 Nick finds Gary guarding the door into the karaoke bar. 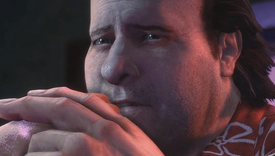 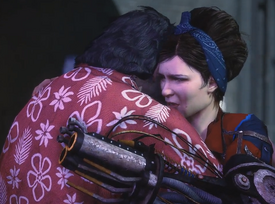 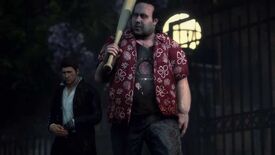 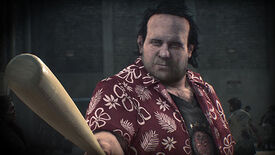 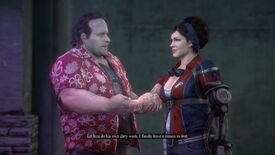