When thrown or broken, the gumball machine will spill gumballs, which disappear after 10 seconds. Zombies can trip and fall on the gumballs. Unlike cooking oil, milk, and vomit, zombies only fall once on gumballs. 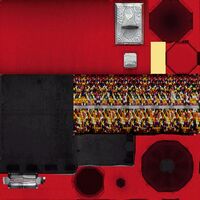