"Spirit of universe has slaughtered my happiness and so I must slaughter too. All who disrupt my garden of peace shall die!"
—Zhi, before he fights Nick

Harry "Zhi" Wong is a psychopath in Dead Rising 3. He is one of seven psychopaths who embody the Seven Deadly Sins. Zhi's sin is Wrath.[2]

According to Josh Bridge, Capcom Vancouver's Executive Producer, Zhi was a man who felt horribly belittled by life & family in general. The pressures of being fired, his wife leaving him for a refrigerator salesman and the constant disrespect from his own children caused Zhi to accumulate pent-up rage. He sees the outbreak as time to spend on his own to groom his Zen Garden and for some "peace and quiet".[3]

He takes on the appearance of a monk, trying to live a life of peace and tranquility. When Nick comes upon him Zhi at first greets him cordially, but after a zombie disturbs his tranquility, Zhi immediately attacks. He is the first psychopath the player can encounter.

Nick enters the Zen Garden and encounters Zhi meditating on top of a gazebo. He welcomes Nick and tells him to find sanctuary in the garden. Nick expresses his concern seeing all the bodies, believing them to be zombies. Zhi explains to Nick that he murdered the survivors in the area because they disrupted his peace, and he even goes so far as to spit on one of the corpses to prove his point. Nick realizes what had happened and shouts at Zhi that he has no right to kill anyone. A zombie then walks into a gong, immediately angering Zhi. He attacks Nick with a smoke bomb and jumps onto the ground, promising that Nick shall perish like the others who had disturbed him.

After Zhi is defeated, he begins to talk about his miserable life: He lost his previous job, his wife divorced him and remarried to "a guy who sales refrigerators", his children grew up to be "disrespectful brats", all before he saw a zombie outbreak. He curses the gods for forsaking him, and then while laughing in an insane manner, decapitates himself before Nick could stop him.

The Wrathful achievement will unlock after he is defeated. 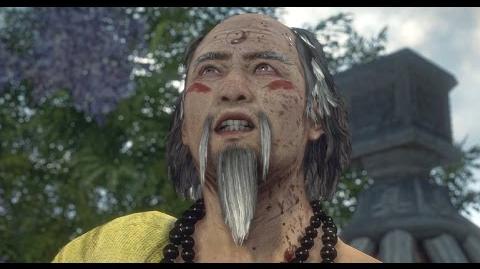 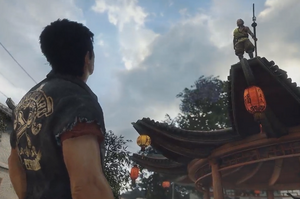 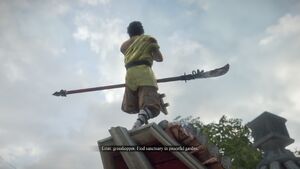 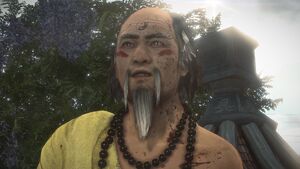 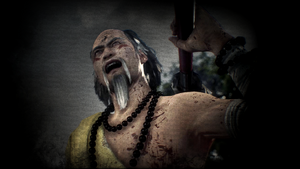 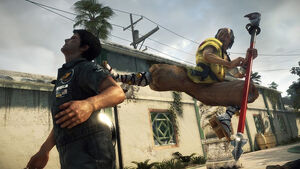 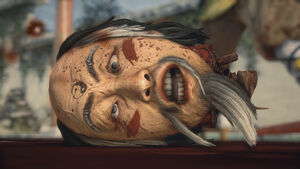 Zhi's head after his decapitation. 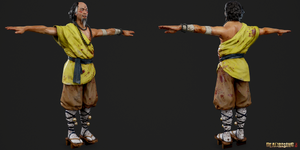