"Slam this onto a zombie and open fire from a distance. The carnage is worth the extra effort!"
—Combo Card Description

This weapon is an exploding gas can full of nails.[1]

The I.E.D is unique for an explosive combo weapon for two things: It can be used as a melee weapon; and it can be only detonated by shooting it with any firearm. The former is ill-advised to attempt as the I.E.D. is considered a 'heavy' weapon whose melee characteristics are inferior to other weapons of the same type. The latter means that at least two weapons are needed to use the weapon: The I.E.D. itself and another firearm.

The I.E.D can be either thrown into a crowd or impaled onto a zombie's back via its heavy attack (unlocked after obtaining the combo card). From there, it could be shot with any firearm to detonate it. The explosion will kill any surrounding zombies for 300 prestige points each. Throwing the I.E.D. is the best option if Chuck doesn't have any weapon that can distract zombies, as the weapon will plow through any zombie on its path and create a clear line of sight for Chuck to shoot and detonate the weapon. Impaling the bomb into a zombie is done best when Chuck has a weapon that can 'distract' zombies, such as the Fountain Lizard or firecrackers. This allows Chuck to impale the bomb safely, cause the zombie to move closer to the middle of the pack, and give Chuck ample time to see the bomb and fire at it with a gun.

The explosion has some extreme range, so make sure to get far away from the I.E.D. (or the zombie with the I.E.D. lodged into it) before shooting or Chuck will take damage from the blast. 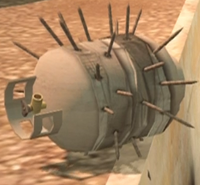 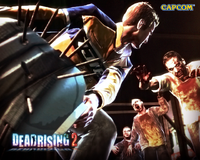