Irwin Sagehorn is a victim appearing in Dead Rising 2. He was killed in the Arena during the initial stages of the outbreak.

In the Introduction, Irwin was a spectator for the Terror is Reality show at the Fortune City Arena. As soon as Chuck rescued Katey from the green room, Irwin bursts through a pair of locked doors and falls to a ground as a zombie lurches towards him. He manages to get up and flee from the zombie, but falls victim to the awaiting horde that lurked around the corner in the corridor. He is killed and eaten as dozens of zombies swarm around him. 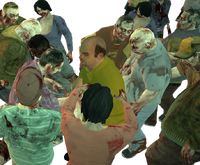 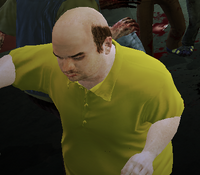 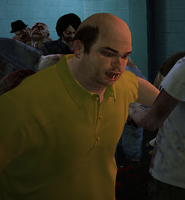 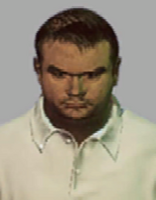