Jared Davis is a survivor appearing in Dead Rising 2 during the missions Once Bitten and Chemical Dependency. He reappears in Dead Rising 2: Off the Record with the same role, though he appears in Pub O' Gold.

Jared came to Fortune City to party and have a good time with some girls. Unfortunately, he was caught up in the outbreak and was bitten by a zombie. Fearing for his life, he fled to the Wily Travels travel agency in the Royal Flush Plaza, creating a barricade in an attempt to keep the zombies at bay. Once found by Chuck, he will beg for Zombrex, afraid to go anywhere else. Once he is given medicine, he will allow Chuck to offer him a shoulder to carry him in order to take him to the Safe House, in hopes of finding some girls at the bunker.

In Dead Rising 2: Off the Record, Jared can be found at Pub O' Gold on the Silver Strip instead of inside of Wily Travels. He will need to be escorted back to the safe house safely with Frank's help.

Later on, Jared will need another dose of Zombrex, so Chuck/Frank will need to find some for him in order to complete his fulfillment request. Should Chuck/Frank fail to give any Zombrex to Jared, Sullivan will be forced to shoot him, to prevent him turning into a zombie and attacking other survivors.

Jared is found by Chuck.

Jared is brought back to the shelter. 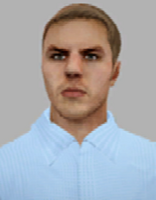