"Thanks a lot for your help. I really owe you one."
—Jeff, upon being rescued

Jeff Meyer is a survivor appearing in Dead Rising and Dead Rising: Chop Till You Drop.

He is found on the rooftop near the elevator to the warehouse during the unmarked scoop Love Lasts a Lifetime. He has been separated from his wife Natalie, and requires Frank's help to get back to her.

Frank encounters Jeff on the rooftop on the first day. He will run up to ask if Frank has seen Natalie, his wife. Frank offers to lend a hand.

Natalie can be found on the other side of the rooftop. When Jeff comes near to her, they will notice each other and hug upon being reunited, allowing Frank to photograph them for a Photo Op. Frank will then interrupt them and offer to bring them to a safer place.

After being rescued, he will wait in the room with the green door. When Kindell Johnson believes that there is no helicopter coming in three days, he rallies up the other survivors in the same room including Jeff, to leave the Security Room.

If Frank does not stop Kindell's mutiny, Jeff will leave the Security Room along with the other survivors in the same room. They will no longer count towards the number of rescued survivors.

In Infinity Mode, Jeff is found in That's a Spicy Meatball! from 7:19:00 to 8:00:00 and he is armed with Bowling Ball. In his equipment he carries a Melted Ice Pops, a Frying Pan, a Hockey Stick, a Mailbox Post, and a Mailbox.

In Dead Rising: Chop Till You Drop, completing Love Lasts a Lifetime by rescuing Natalie and Jeff rewards Frank with 2000 PP each, $10,000 and a shotgun.[1] 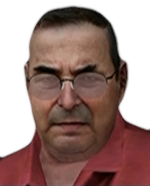 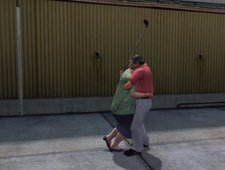 Frank taking a picture of Jeff and Natalie. 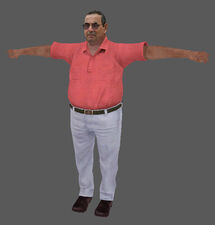 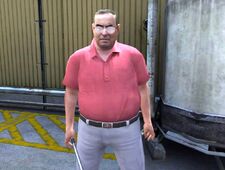 Retrieved from "https://deadrising.fandom.com/wiki/Jeff_Meyer?oldid=398108"
Community content is available under CC-BY-SA unless otherwise noted.