Jenny Slaten is a victim in Dead Rising 2. She was killed in the Fortune City Arena where the outbreak originated. She reappears in Dead Rising 2: Off the Record with the same role.

Jenny was listed by Gretchen Peregrine on the August 6, 2010 Tape it or Die blog post as one of the members whom they would meet with in Fortune City.

In the Introduction Jenny attended the Terror is Reality show at the Fortune City Arena and was seen in the backstage area, banging on a locked gate with Noah Hawthorne. She was killed by zombies before she could escape. 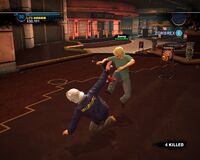 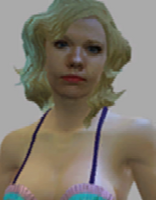