"One taste of Jill's Original BIG Sandwich, and you'll know why they call her the master of sandwichmaking!"
—Willamette Parkview Mall Map

The scoop Restaurant Man takes place here on the second day, September 20 at 11:00am. Ronald Shiner barricades himself in the store, similar to how Burt Thompson and Aaron Swoop barricaded themselves in the scoop Barricade Pair. The food will no longer be in this restaurant during and after the "Restaurant Man" scoop.

The fast food establishment has six booths and eleven counter top seating complete with mini-menus and condiments available for patrons. Garbage bins and menus have been spread out across the restaurant for the convenience of diners. The front counter has three registers for people to order at, with large menus hanging overhead. The kitchen itself has state-of-the-art equipment including a coffee maker, soda machine, fryers, grills, ovens, food prep areas, refrigeration units, and sinks for cleanup. 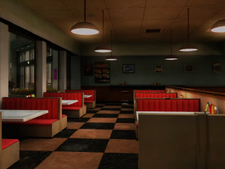 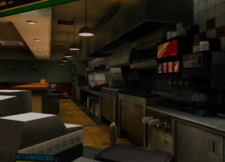 One of the menus found on the wall. 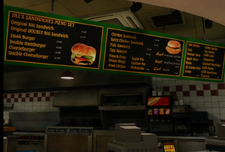 Main menu at the store's counter. 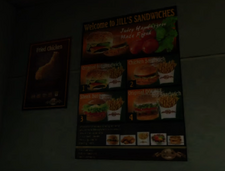 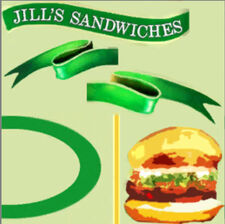 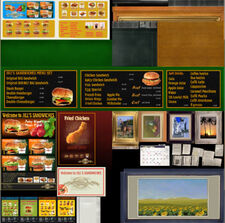 Texture of model from the Xbox 360 game files.
Add a photo to this gallery

Retrieved from "https://deadrising.fandom.com/wiki/Jill%27s_Sandwiches?oldid=399108"
Community content is available under CC-BY-SA unless otherwise noted.