One of four buddies who vow to keep America safe by taking out those responsible for destroying the country - which for them is pretty much anyone still left alive.

Johnny James is a psychopath in Dead Rising 2 during the mission Militia Men.

At the age of 22, he is the youngest member of the Hunters group, who are bent on killing survivors and zombies. He reappears in Dead Rising 2: Off the Record with the same role.

In Militia Men, Johnny and his hunting pals murder an innocent man that was wandering in Fortune Park. He and his friends go on about how they believe the zombies and survivors are communists sent to destroy democracy. They are determined to cleanse America of these "traitors", one city at a time.

Johnny is located above Royal Flush Plaza. A ladder to the maintenance room side by side with the Slot Ranch Casino.

Johnny James is deadly with a sniper rifle and should be dealt with carefully if attempted to be fought using long distance weapons. Up close in melee combat, he will use a bowie knife and is quick. Chuck can take down Johnny using a quick melee weapon or a firearm from a far. 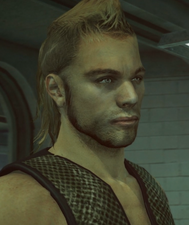 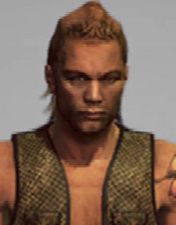