Unfortunate survivor seeking food, mistaken for a looter, and brought to "justice".

"Please! We just needed food!"
—Justin, attempting to defend himself from Seymour

Sometime during the day, Justin was captured by a crazed security officer and tied up and his head was covered with a sack. He was accused of looting the stores along with three other people. The three other captives were executed before Chuck arrived. Chuck tried to stop Seymour, but Justin was kicked off the scaffold and was killed as his body was hung. 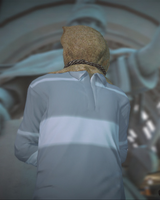 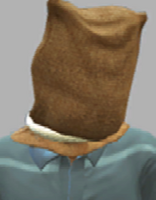