Lance Pennington is a victim appearing in Dead Rising 2. He is one of the survivors killed in the Fortune City Arena during the outbreak.

In the Introduction, Lance was a spectator for the Terror is Reality show at the Fortune City Arena. He was caught up in the zombie outbreak in Fortune City and was killed before he could reach the exit. 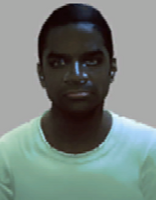 Notebook Entry.
Add a photo to this gallery
Retrieved from "https://deadrising.fandom.com/wiki/Lance_Pennington?oldid=368016"
Community content is available under CC-BY-SA unless otherwise noted.