Tape It Or Die webmaster. Found underneath KokoNutz Sports Town in Palisades Mall.

Lance Williams, also known as "Left Hand" Lance, is one of the four founders of the website Tape it or Die and is also a survivor in Dead Rising 2. He reappears in Dead Rising 2: Off the Record with the same role.

He is described as "culty" and has some skills in programming. He was responsible for putting together the website. He comes from a rich background, "we had an 8-bedroom house for a 4-person family, with 2 maids, a part-time butler for weekend parties, and a guy who came in to wax our floor every month."[1]

v · d · e The four were live blogging from the Terror is Reality arena when an explosion breached the zombie enclosure. They were all seperated, but they eventually were reunited and took shelter in an old TV production studio in a backroom behind KokoNutz Sports Town in Palisades Mall.[2][3][4]

When the outbreak started, Lance was in the bathroom:

"i was in the bathroom when the bomb when off, and i guess the electircal wires were effected, because all the lights go out. Then the zombies got out, and i sprained my ankle, and they're more difficult to deal with in real life than on screen, so yeah."[5]

Lance Williams and friends sought refuge in a studio below one of the stores, however the door to the backroom that they are hiding in will remain locked until 6am to 12pm of the third day. Chuck finds all the four members in this backroom and tries to get them to follow him to the Safe House, but they refuse claiming that they are already safe and have access to supplies. But Wallace asks Chuck to bring him a Cement Saw and a stack of plates in order to build a new weapon. Should Chuck help finding the items and giving them back to Wallace, he will be rewarded with a Plate Launcher and its Combo Card, which finishes Tape It or Die 1

A day later Stacey will call Chuck about four survivors surrounded by zombies in KokoNutz Sports Town. The Tape it or Die crew is in need of assistance. Once there, Chuck helps them fend off the zombies then learns that while they were looking for an Extinguisher, Johnny forgot the keys inside the backroom. Now with no safe place left to go, the four survivors follow Chuck back to the Safe House. Once there Lance will give Chuck the Blazing Aces Combo Card while Wallace gives the Exsanguinator Combo Card. 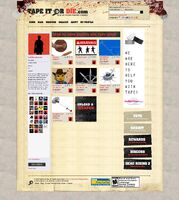 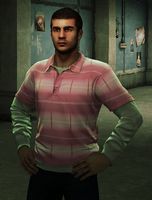 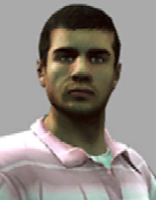