It is a large plumber's tool for pipe-fitting, used by Chuck Greene and Frank West for massive bludgeoning. 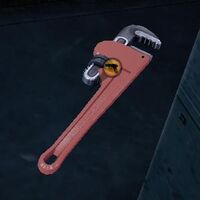 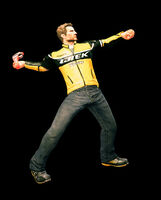 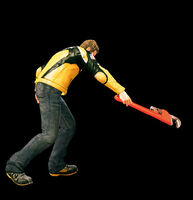 A zombie wielding a large wrench

Chuck with a large wrench in Case West
Community content is available under CC-BY-SA unless otherwise noted.