Butcher obsessed with his work.

"Zombies are no good! I can't serve my customers spoiled meat like that. I... have a reputation to uphold! Trust me. I'm a butcher! I've got the best meat in town!"
—Larry, stating his reasoning for capturing Carlito to Frank.

Larry Chiang (Chinese:拉里蔣) is a psychopath in Dead Rising and Dead Rising: Chop Till You Drop.

He is found in the Meat Processing Area in the Maintenance Tunnels during Case 8-4: The Butcher. He is a demented butcher who considers zombies as "spoiled meat" and people as "fresh meat."

Larry serves as the final psychopath in 72 Hour Mode.

Frank West first observed Larry through security feed dragging Carlito Keyes into the meat processing area. When Frank arrived to investigate, Larry had already hung Carlito onto a meat hook, and was preparing to grind him into fresh meat.

Larry believed Frank to be a customer, and declared that he would have some good ground meat soon. Frank tried to convince Larry that there was another alternative to fresh meat, but Larry did not get the hint. Instead, he believed that Frank would rather eat spoiled zombie meat. He got upset and insisted that he must uphold his reputation by giving Frank "fresh meat". If Larry is not defeated in time, Carlito will fall into the meat grinder which fails the case.

After he was defeated by Frank, he fell to the floor and died, allowing Frank to rescue Carlito. Defeating Larry rewards Frank with the Meat Cleaver, which respawns in the Meat Processing Area.

In Infinity Mode, Larry first appears in the Meat Processing Area at the Maintenance Tunnels from 0:07:00 to 1:00:00 and is armed with his Meat Cleaver. In his equipment he carries an Orange, an Yogurt, a Spitfire, a Katana and a Frying Pan. Later Larry appears in empty store at North Plaza from 5:07:00 to 5:19:00 and he carries the same items he had before. 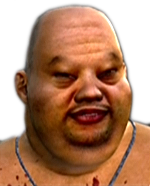 Larry holding Carlito as a hostage. 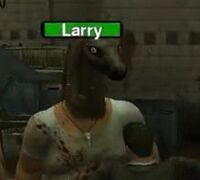 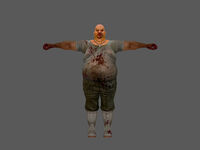 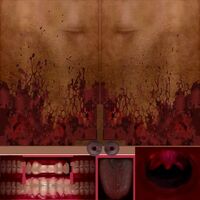 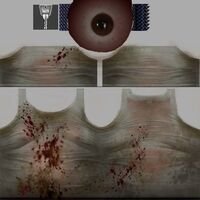 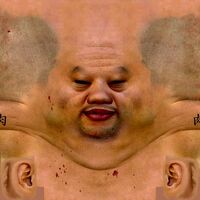 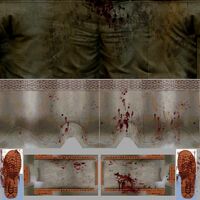 Larry dead
Add a photo to this gallery
Retrieved from "https://deadrising.fandom.com/wiki/Larry_Chiang?oldid=397607"
Community content is available under CC-BY-SA unless otherwise noted.