The best man to take to the casino. Found in the Yucatan.

"Chuck was very nice to me. I'm a good driver"
—Lenny, upon reaching the safe house

Lenny Mooney is a survivor of the Fortune City outbreak in Dead Rising 2, appearing on the unannounced mission Fresh Meat. After he is saved, he is involved in the mission The Secret of Charlie's Gold. He reappears in Dead Rising 2: Off the Record with the same role.

During Fresh Meat, Lenny can be found in the Yucatan Casino at the same time as Ted, he will barricade himself in the manager's office. The only way to get him to join is to deal with Snowflake either killing her or taming her. When he joins he will show Chuck how to turn on all the slot machines in the casino.

The Secret of Charlie's Gold[]

If Lenny is escorted successfully back to the Safe House, he will later be in the Safe House cafeteria for another mission, The Secret of Charlie's Gold. He tells Chuck a story about some hidden loot inside Yucatan Casino's vault, and after talking to him several times, he gives Chuck a vault access code. Returning to Lenny after collecting the $250,000 results in Lenny giving Chuck additional prestige points. 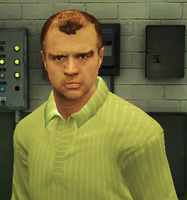 Lenny is brought back to the shelter. 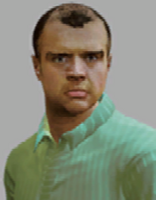 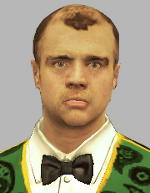