"She was so beautiful! And we had so much in common! We were going to go on a date tonight! And she loved me! For who I am! But now...now...LOOK AT HER NOW! Now she's dead! DEAD! Because of you! You brought the zombies here! YOU RUINED EVERYTHING! I'LL NEVER GET A DATE NOW!"
— Brent Ernst mourning Louise's death

Louise Jameson is a Dead Rising 2 victim in the mission Everyone Knows Slappy.

Before the zombie outbreak in Fortune City, she worked as the mascot Susie in Kids' Choice Clothing. She reappears in Dead Rising 2: Off the Record with the same role.

Before the outbreak, she promised to go on a first date with a co-worker, Brent Ernst. However, she was killed by zombies during the initial outbreak before she could fulfill her promise. Her death motivated Brent to stalk Fortune City in search for the alleged perpetrator of the attack, Chuck Greene.

Once Brent is defeated, Slappy will crawl up to her body as he is dying and grab her hand, stating that he will love her forever. 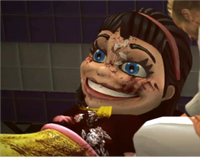 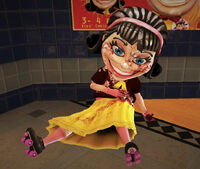 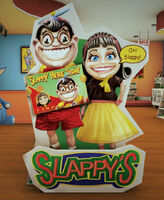 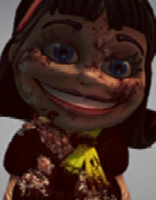 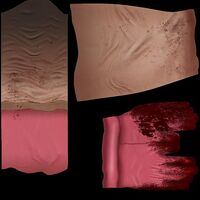 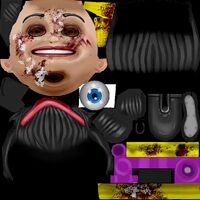 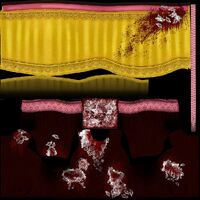 Retrieved from "https://deadrising.fandom.com/wiki/Louise_Jameson?oldid=393585"
Community content is available under CC-BY-SA unless otherwise noted.