"They keep coming! I can't do this! I just can't..."
—Lucas, prior to committing suicide

Lucas Pontremoli is a victim appearing in Dead Rising 2. He reappears in Dead Rising 2: Off the Record with the same role though in a different position within the Fortune City Arena.

In the Introduction, Lucas was a spectator for the Terror is Reality show at the Fortune City Arena. He was caught up in the zombie outbreak in Fortune City and was killed in the lobby before he could reach the exit.

In the Introduction, Lucas can be found in the Fortune City Arena trapped behind the security grill that leads to the Americana Casino with Pat Berkson. Armed with a shotgun, he attempts to pick off the invading zombies, but they prove to be too much. As a result, he commits suicide by shooting himself in the head with his gun. This provides Frank with a Special photo opportunity. 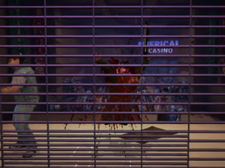 Lucas' suicide in Off the Record. It is also a special photo op when photographed. 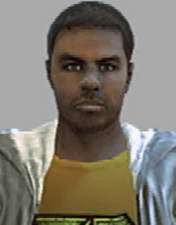 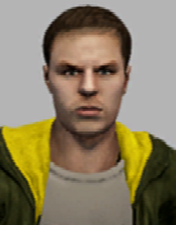