Marvin Horner is a character that was removed from the final product of Dead Rising 2, for unknown reasons. His model and name only exist within the game's files.

There are zombies which are attracted to Marvin in the introduction outside of the arena, but Marvin is not actually placed outside of the arena.[1] Therefore, he is probably a scrapped victim from the beginning of the game. Nothing else is known about him. 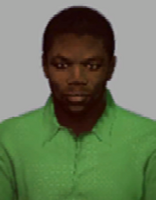