Sergeant Michael Woo is a survivor appearing in Dead Rising 2 during the mission Delta Point 1. He is a soldier and a member of the clean-up crew sent in to rescue survivors.

He reappears in Dead Rising 2: Off the Record in front of the entrance to the Underground next to the Yucatan Casino, after Dwight Boykin is defeated, where he runs into Frank and Rebecca and he agrees to evacuate to the Safe House after being informed that there are no surviving soldiers.

Chuck finds Michael and fellow soldier Matthew Kuss by a crashed Humvee near the restroom in Fortune Park. Michael orders Chuck to drop any guns that he has before coming closer to them. If Chuck does not comply, Michael will shoot him until he drops his gun(s).

Michael Woo is one of the crazed survivors Frank can fight in Sandbox Mode. He will spawn in Shanks in the Palisades Mall with a Meat Cleaver. Interestingly enough, he runs like he has drank a Quick Step. Once defeated he drops his weapon and $10,000. 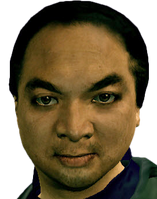 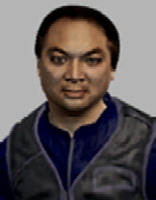